Unless you’ve been living under the rock with no access to a smartphone and internet connection, you must have heard of Tai Lopez. Well, let’s not go overboard here, but I guess you must have come across someone who may have heard or even gotten involved in his program. It just seems like the guy exploded on YouTube out of God knows where brandishing Lamborghini keys in a luxury Beverly Hills mansion spilling out his opinion on how to have a more abundant and super happy life.

Well, when I heard about the 67 steps by Tai Lopez, I was very curious to find out more about him; more like, what are his credentials and how he can help me become a millionaire who also drives a Lamborghini and lives in a Beverly Hills mansion, I mean that’s what it supposed to be right?

Who Is Tai Lopez? 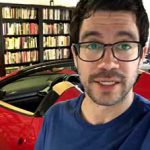 Tai Lopez is an entrepreneur and author. He runs his own YouTube Channel and websites where he teaches four primary things including Success in health, love, wealth and happiness.

We could also say that he has learned a lot from reading and sharing the experience of other successful people. I also think the man is very knowledgeable and have probably read thousands of books.
Well, that’s all about who he is, now let’s jump to what he offers! 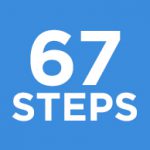 Tai Lopez’s 67 Steps are claimed to help you get anything you want out of life including health, wealth, love and happiness. The program is allegedly a collection of his experiences, the experiences of successful business people as well information from books he has read. The program comes with a $67 one-time payment coupled with a direct upsell to the $69/month VIP level. Well, considering you’re supposed to engage one step per day, $1 per day is not a bad price I guess.

Throughout the course of the videos, Tai quotes lots of people including Peter Thiel, Warren Buffet, Gandhi, Mark Zuckerberg, Elon Musk, Alexander the Great as well as other influential figures you can imagine.

Well, I’m not going to conclude and say that there’s nothing great within Tai’s program because it actually contains a lot of useful information. However, it’s still information you could find in other inspirational books like The Success Principles By Jack Canfield for less than $10 opposed to Tai’s $67.
The content of the videos goes back and forth around topics like making money, Tai’s life story, thought training, then some more Tai’s stories, nutrition and then many more Tai’s stories. Got the idea? There are roughly a few other content, but that’s pretty much the most of it.

The videos tend to go on and on with tons of redundant information that lacks real direction. While there are some good points throughout the span of everything, it tends to get all over the place, and a lot of folks may find it hard to follow. In fact, there’s a high possibility that a significant amount of people who bought the 67 steps never made it further than 25%. It’s pretty hard to hear those bits when you’re already fed up and sick of listening! So, how can it change your life when you can’t even listen and gain something from the package?

Well, I think it is and here’s why!

Tai Lopez uses the technique of flaunting cash in the face of less successful people, with the sole aim of

convincing them to part with their hard earned money for a secret shortcut to riches. Tai literally feeds on every human’s dream of where they want to be by brandishing a car, flight in a private jet and his Beverly Hills mansion. Common phrases that tend to be associated with him are “here in my backyard” or “here in my garage” as well as some other phrases.

Moreover, he never fails to point out his books and website. The books are basically there to validate his ideas because he reads and his website to get cash from gullible viewers. Unfortunately, some folks are paying $67 to his “67 Steps to Getting Rich” sites. Most people fall for his method only to find out that Tai’s Steps are not so relevant to their life goals. Come to think of it, why doesn’t Tai provide a list or legit testimonial of those who benefited from his method except himself?

Also, most of the time, Tai’s talks tend to dwell more on subtle boasting rather than impartation of success making skills. After watching several videos, you’ll find that all possible knowledge is on how rich Tai is but not how rich you can be unless you part with your money to get a method that’ll keep you busy, while the master of the method smiles to the bank.

Another thing that freaks me out is that Tai Lopez claimed to have to have bought a Gallardo but another Youtuber known as Franklin Hatchett in his video titled “Is Tai Lopez, a Scammer,” pointed out that the car still has a rental tag by the handle! Who knows, the house which he claimed to have rented might also be another scam.

It’s also important to note that a seemingly large amount of people have been having issues when it comes to getting refunds. Why would anyone want a refund if the method works? And why is it so hard to get a refund? I mean that’s part of the deal right?

In my opinion the 67 Steps is similar to many programs before it. Tai Lopez’s idea is to flaunt as much money and expensive possessions into people’s faces until they believe that he is the answer to success. Right now the program and Tai Lopez are very popular, but once people start realizing that his program doesn’t deliver it will soon be forgotten.

I know why you are here!

You want to make money. I don’t believe that Tai Lopez’s 67 Steps is the path to success, but I have a alternative that can help you reach your financial goals. Check out my #1 Recommendation for making money online. Its FREE!