I was searching for something in (on?) Google and the Orion Code came up.

At first I thought it said ONION Code.

Which sounded interesting. So I clicked on it. Imagine my disappointment when I realized it said ORION Code ?

When I landed on theocode.com a movie started playing.

The Orion Code is a fantasy movie about a philanthropist named Edward Robinson who helps people make thousands of dollars every single day with his program called the Orion Code.

You may recognize Jeff Gorham from the 2012 film Sandy Blvd: 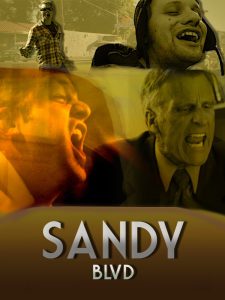 The production costs were clearly pretty low for the Orion Code, but this movie has it all.

There was an action flight scene. 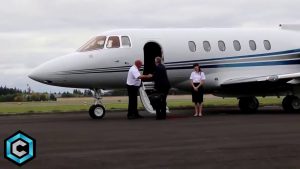 They introduced a love interest: 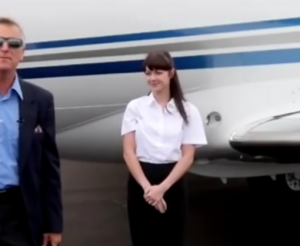 And they even had a nerdy villain: 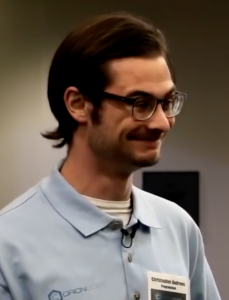 Okay, okay, as it turns out, the Orion Code isn’t a movie. It’s a program that is meant to make you money.

You have to admit though, if they turned their promo video into a movie, you would totally watch it.

So, What is the Orion Code?

The Orion Code is a binary options trading program. Simply put, binary options are signals that let a trader know if a stock is likely to go up or down.

Depending on the accuracy of the prediction, traders will make profit or lose money.

The Orion Code says that their program is 100% right every time. That is just a flat out lie.

In fact I noticed quite a few lies while watching the promo video.

For starters, Edward Robinson’s real name is Jeff Gorham. As I stated earlier in this post, he is an actor. He  really did star in the 2012 film Sandy Blvd.

So everything he says about himself in the promo video is a flat out lie.

He is just an actor

If you watched the Orion Code promo video, I want you to watch a few minutes of this Quantum Code video here:

Did anything look familiar? It should have. It is almost identical to the promo video of the Orion Code. 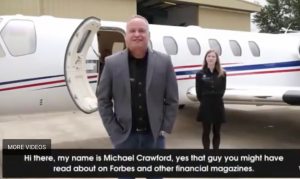 Thats because it was made by the same people, promoting the same scam. Just under a different name.

Check out a program that isn’t a scam

But the Orion Code is free, why not give it a try?

Because it isn’t really free. They claim to let you use the software for free, but once you create an account you have to deposit money into one of their stockbroker accounts.

Minimum deposit is $200. They say that this isn’t a payment but they are absolutely profiting from this deposit.

You on the other hand will not profit from their system.

“Only a few spots remain!”

“This video won’t be up much longer.”

Ignore this crap. All scam programs say stuff like this. You would think that they would try something different by now.

Not only is Edward Robinson a actor, but the people in the testimonial videos are actors as well. You can easily hire a actor from websites like Fiverr to create a video testimonial for whatever you want.

If you are interested you can hire any of these actors:

Is Orion Code a scam?

Yes. Orion Code is a complete scam. I do not recommend you get involved with this program.

Instead take a look at a program that I do recommend, Wealthy Affiliate.

Wealthy Affiliate is a legit program that shows people how to build profitable online businesses.

I got started with WA when I became sick of working my life away at a job that I hated.

I started with zero experience, but with the training and support I received from Wealthy Affiliate, I managed to build a profitable online business that earns me a full-time income.

If you want to get started with a free Wealthy Affiliate account, go HERE.

If you want to learn more about Wealthy Affiliate, check out my full review of it HERE.

Thanks for reading my Orion Code review. If you have any questions or comments for me, please leave them down below ↓