When I was a kid I used to dream of making money for myself.

Instead of the usual lemonade stand, I tried my hand at a homemade pop stand.

They say the recipe to Sprite is lemon and lime. I tried making it at home. There’s more to it than that. 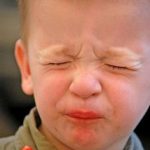 I once even got involved in a chain letter where I was supposed to mail $5 to a name on a list, add my name to the list, and start receiving a bunch of $5 bills within a few weeks.

This of course never worked. ??‍♂️

When I came across the Whole World program on Facebook I kind of had a laugh because I was reminded of that chain letter scheme.

In my opinion, you can be about as successful with the Whole World program, as I was with my chain letter.

What is Whole World?

Here is the promo video. If you’ve already seen it, skip ahead.

Whole World can easily be defined as a pyramid scheme. As you know from the video, you will need $105 to get started with the program.

$50 is distributed amongst the members of the list. And $50 goes straight to Whole World which they distribute to a children’s charity. The $50 charitable donation is necessary to keep the program legal.

Once a new members payment has been dispersed among the members on the list, the top name is dropped off, the other members move up a spot and the new members name is added to the bottom.

This cycle continues every time a new member joins the list.

Is Whole World a scam?

Based on what we know of Whole World, you might be thinking that the system sounds like it could work. And honestly I would probably agree that it seems like it has some potential.

Problem is, there are some red flags about the program that are hard to look past.

The current program was established in 2013, but before that, it went by another name; Gold Line International.

Gold Line International was the first attempt at the pyramid scheme. Problem is, the system failed. So they rebranded it ‘Whole World’ and are now giving it another try.

The risk involved with this type of scheme is that if new recruits start to dwindle, payments will stop being made to the list. When payments stop being made, people stop making money with the system. This eventually leads to failure. This already happened once when the program was Gold Line International.

Another red flag to take note of is the mystery behind who actually owns Whole World. We aren’t given any details to the owners of the company. Considering the program has already failed once, I find it difficult to invest my money into a program where the details of ownership are a complete mystery.

My opinion of Whole World

I personally wouldn’t risk the $105 investment. The fact is this type of scheme has been around forever and nobody ever really makes money with it.

But I get it, sometimes you got to take a risk. If you do decide to invest your money into the system, I would love to hear how it went for you.

If you’re looking to make money online, I recommend taking a look at a program that I am currently a member of and making money with; Wealthy Affiliate.

Wealthy Affiliate is a free training center/community. Think Facebook, but the focus is on making money.

At WA you will learn how to build and run a successful online business that has the potential to earn you a full time income from home.

I have been a member of WA for a while now. Even though I started off not knowing anything about making money online, I was still able to build a full-time business with the training I received from Wealthy Affiliate.

I think its worth checking out if your interested in making money online with your own business.

You can get started with Wealthy Affiliate for free HERE

Alternatively you can check out my full WA review HERE

Thanks for checking out my Whole World review. If you have any comments or questions pertaining to Whole World let me read them in the comments below.