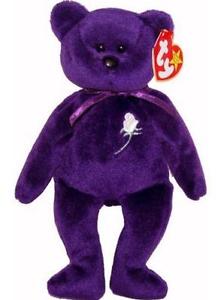 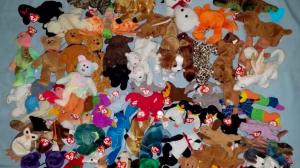 Remember the Beanie Baby craze of the 90’s? I do. I experienced it first hand. I was a pre-teen at the time and my parents became inexplicably obsessed with the things.

They fell off most people’s radar many years ago. But whenever someone finds a long forgotten box full of them in their attic they wonder if you can still make money selling Beanie Babies?

So, can you still make money selling Beanie Babies?

Yes…. if your lucky enough to have the right ones. Unfortunately the valuable ones are so rare, its highly unlikely that anybody has one that doesn’t already know exactly what its worth. That being said, to satisfy my own nostalgic curiosity I did some research to find out exactly which Beanie Babies are still valuable.

There is no set value for the valuable ones, but based on past and present ebay auctions I was able to get a ballpark figure for the most valuable Beanie Babies. 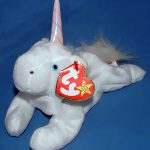 Mystic is a unicorn that Ty inc. introduced in a few different versions. Only the older Mystic Beanie Baby with rare misspellings on the tags seem to fetch any value. Based on ebay trends the prices for the rare ones varied wildly. Ranging from $350-$2500 depending on the multiple variations of tag misprints.

Peanut the elephant was introduced in multiple versions, and multiple shades of blue. The most sought

after Peanut version is the royal blue one, of which only 2000 were produced. Peanut the elephant is actually credited for starting the Beanie Babies craze. General consensus seems to place the royal blue Peanut’s value between $1000-$2000. A significant drop from its heyday value of $3000.

Brownie is one of the original Beanie Babies produced in 1993. Most of the bears in the Beanie Baby line have the same body style, but Brownie is unique because he lays flat on his stomach opposed to the sitting position. The original Brownie produced with a Korean hang tag is the most valuable. A ebay search produced a Brownie with Korean tags listed for $600 and that seems to be a pretty accurate price based on outside sources. 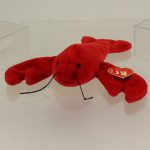 Punchers is a red lobster that is part of the original Beanie Babies lineup. Since the name was eventually changed to Pinchers, most believe Punchers was a misspelling.

I personally like the name Punchers and think its fitting since his big red claws look like boxing gloves. Due to the rarity of the misspelled Punchers, he is seen as valuable fetching roughly around $1000 on ebay. 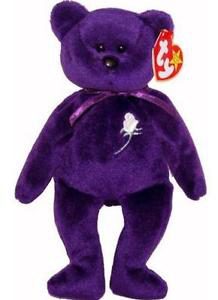 Princess the bear is considered the most sought after Beanie Baby in existence. Originally produced to raise funds for the death of Princess Diana. As with all Beanie Babies, Princess was produced in multiple variations resulting in varying levels of rarity. Add to it multiple tag misspellings and locations of assembly it can get pretty dizzying as to which ones are valuable and which ones are not. So, depending on the Princess version, it can fetch next to nothing, to as high as $8000.

Ebay has one listed for as high as $850,000, which is of course laughable and won’t sell for that price.

So what exactly happened to Beanie Babies?

There is a few theories out there as to why the value of Beanie Babies dropped, seemingly overnight. The generally accepted reason is that availability finally surpassed demand.

Why were Beanie Babies so popular?

The owner and creator of Beanie Babies, Ty Warner, was largely responsible for the soaring popularity of his plush toys.

In the 80’s Ty Warner was a salesman for the toy company Dakin. He was fired from Dakin when the company discovered that Ty was secretly creating his own plush toy line on the side.

He eventually began marketing his own toy line and found some success with distributing only to small ‘Mom and Pop’ specialty stores. In 1993 he introduced the first line of Beanie Babies. Initially the toys weren’t met with much interest.

Popularity began to grow when Ty Warner started changing the designs on some of his toys. This created scarcity with the old versions and an initial small group of collectors started seeking out the hard to find ones. Popularity continued to grow when Ty Warner began ‘retiring’ various models. This again created scarcity, sending collectors far and wide in search of these ‘retired’ Beanie Babies.

As word of mouth spread, so did the circle of collectors. Strategically timed ‘retirements’ and introductions of new Beanie Babies kept the market booming until the late 90’s.

In 1999 the value of Beanie Babies finally began to drop. Most Beanie Babies are currently valued at about .50 cents. Only the most rarest ones have any value.

If you have a funny experience involving the 90’s Beanie Babies craze, tell me about it in the comment section below.

Chances are you can’t make money selling Beanie Babies, so check out my list of 5 Real Ways to Make Money Fast

7 thoughts on “Can You Still Make Money Selling Beanie Babies”