So you found the Emergency Commissions promo video, and you’re thinking to yourself, “holy crap, I got to get in on this.” Or some variant of that.

But you are also somewhat skeptical of the Emergency Commissions Program, which is why you are here.

I checked out the promo video, and I also saw the video where Desmond Ong claimed to have made over $200 with the system all during a 2 hour flight.

If you haven’t seen it, here it is:

After all, earning $236 in 2 hours, all while doing nothing sounds pretty awesome. Most people make half that in an entire day of working.

So for the sake of posterity, I dug into the Emergency Commissions program to see what I could find.

I know what you’re thinking:

I know. I feel your pain.

The fact is, most making money programs suck or they are scams.

That’s just the way it is.

It’s hard to find a legitimate making money program that actually, you know, makes you money.

Stick around to the end of this Emergency Commissions review to learn a little about a free program that I don’t think sucks.

Or, if your interest in me is already waning, skip ahead to the end now. Before you fall asleep. 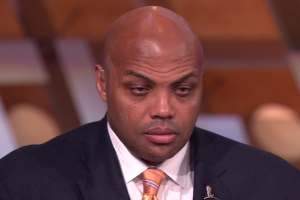 Okay, if you’re still with me here, lets take a look at Emergency Commissions.

So, what is Emergency Commissions? 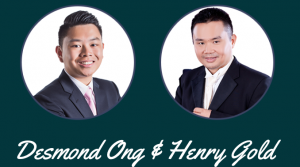 Through the system it is claimed that you can make commissions of over $200 within hours of set up. Desmond Ong shows us this process (sort of) in the above video ( ↑ up there somewhere).

In the video, Desmond shows us that in the time it took him to set up the system, and make a 2 hour flight, he made $236 with the Emergency Commissions system.

The commissions he made were through a program called Clickbank.

Clickbank is a place where internet marketers can find digital products to promote. Commissions are made when the affiliate marketer refers someone to a digital product, and the person makes a purchase.

He also demonstrates the process in another video while swimming in a pool, earning commissions from another program similar to Clickbank, called JVZoo.

The premise behind the program is to have the ability to earn money quickly. When you need it.

Why I think Emergency Commissions sucks

The program is marketed to newbies who are interested in making money quickly. The problem is, it fails miserably.

If you watched the promo video, you will surely have noticed that they didn’t mention how the system actually works. Sketchy.

For the system to be profitable, you must have a big mailing list of customers to promote products to. If you are a newbie to internet marketing, you probably don’t even know what a mailing list is, let alone have one.

If you read that list and had little to no idea what I am talking about, then you will have an extremely difficult time profiting from the Emergency Commissions system. Because they don’t show you how to do any of it.

If you are just getting started, you certainly wont be able to duplicate what Desmond Ong demonstrated in his videos.

Hell, I don’t even think Desmond Ong can duplicate what he “demonstrated” in his videos. Because I don’t think its real.

Is Emergency Commissions a scam?

If you are a newbie to internet marketing, you will have a very difficult time profiting from Emergency Commissions. The fact that they promote it to newbies leads me to say that it is a deceptive scam.

The only people I think can possibly profit from the system, are experienced internet marketers. Maybe.

If you are looking for a way to get started with making money online, check out Wealthy Affiliate.

Wealthy Affiliate (WA) is a free training center/community that teaches you how to build a profitable online business.

I started with Wealthy Affiliate when I was a total newbie to making money online. And guess what? I actually made money ?

In fact I still make money. I’m still a Wealthy Affiliate member and have been for a while.

Its because of this that I recommend Wealthy Affiliate to anyone that is new to the idea of making money on the internet.

As I mentioned earlier, finding a legitimate making money program is tough. Especially if your new to the world of internet marketing.

You can end up spending tons of money on scam programs, only to get discouraged and give up.

I’m here to steer you in the direction of a legitimate making money program.

If you want to get started with Wealthy Affiliate, you can create your free account HERE

Alternatively, if you want to read more of my enlightening reviews, you can check out my full WA breakdown HERE

Thanks for stopping by to check out my Emergency Commissions review. Any questions or comments? Leave them down below.