Around 8:00 in the morning the other day I was trying to get to my local grocery store but was stuck in traffic.

I totally forgot about morning rush hour traffic because I work from home and its not something I’ve dealt with in a long time.

Props to people who deal with that hell everyday. I couldn’t do it.

As I’m sitting there at a complete standstill on the thruway I received a text from a friend of mine. He wanted to know if I had heard of a online survey program called Mysurvey and if real money can be made with it.

I did actually hear of Mysurvey before, but I never looked into it because I was to the point of writing off all survey websites as a waste of time.

So I told my friend I didn’t know much about it, but I would look into it for him and see if Mysurvey is a:

In my experience,  pretty much all survey programs fall into 2 of these 3 categories.

They are a scam.

Or they are a total waste of time.

Even though many survey programs claim to offer riches, I’ve yet to encounter one that lived up to its own hype.

What is Mysurvey about?

When I finally made my way home from that traffic jam hell, I got to work online researching Mysurvey.

As it turns out Mysurvey is a survey program. ?

I guess you want more info than that. Fine.

The program awards points to mysurvey members for completing surveys.

Sorry, no cash. BUT, you can redeem your points for gift cards and merchandise. Including a Paypal gift card, which is essentially the same as cash. Sort of.

Point redemption can be made ONLY when your point total reaches 1,000.

So basically when you reach 1,000 points you are eligible for $10 worth of merchandise. 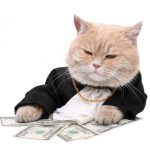 Whoa! Slow down, Before you put your 2 week notice in at your job and max out your credit cards, lets find out how long it takes to hit that 1,000 point mark, and the $10 windfall of  gift card that follows.

Apparently the 1,000 point mark is tougher to achieve then you might expect.

Many people complain about not qualifying for surveys. There are plenty of surveys to take, but they are essentially useless if you are ineligible for them.

The problem with most survey programs is that a lot of the surveys are looking for opinions from a very specific demographic. These tend to be the only surveys left available because barely anybody qualifies to take them.

Naturally if you aren’t qualifying for any surveys, that 1,000 point mark takes a while to hit. Some people claim it can take from weeks to a couple of months to reach.

What does that equate to in hourly wage I wonder?

During my research, to my surprise, I actually came across some really positive reviews of Mysurvey. The problem was, the reviews seemed a bit too positive, if that makes any sense.

I started to get the impression that these highly positive reviews might have a ulterior motive. My suspicions were confirmed when I discovered that Mysurvey offers an affiliate program. Basically this means that Mysurvey pays people to promote their program for them and get new people to sign up.

When I dug a bit deeper I came across some real reviews from people who aren’t getting paid for their opinions:

Here are some of the more common Mysurvey complaints that I came across:

Gee, not enough surveys on a survey website. Sounds like a recipe for success. ? As we already discussed, there is surveys to take on Mysurvey, the problem is that nobody qualifies for them. I’m not the only one who had this problem. It seems to be very common with members of Mysurvey.

I seen multiple complaints from people who were slowly building up their point total, trying to log into their Mysurvey account, only to find that their account has been deleted. Talk about a slap in the face.

Another common complaint is from people who never received their gift card after they redeemed their 1,000 points.

That would really suck.

Imagine spending all that time working towards those 1,000 points, then getting stiffed out of the prize.

What do you mean I’m not qualified?

Another extremely common complaint is people investing a bunch of time in a survey, only to be notified part way through that they don’t qualify. Talk about wasting your time.

Is Mysurvey a scam? 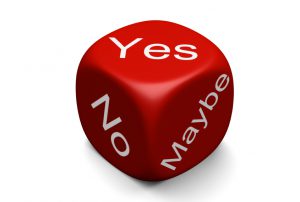 No, its not a scam. Some people really do make gift cards with the program. The problem is its very hard to qualify for surveys and you will waste a lot of time answering questions only to find out that you don’t meet the requirements for many of the surveys.

I have come to find that the complaints that Mysurvey users have, are very common with most other survey programs as well. These survey programs are becoming more and more alike. They just go by different names.

In my opinion even legit survey programs that pay actual cash are not worth the time and effort. They require a crazy amount of time and dedication to make any amount of substantial income.

If you want to learn how to make money (not points) from home, check out my #1 Recommended program. Its FREE!